AR & VR and Their Impact on The Future of Marketing

The hype around the recent Facebook Metaverse announcement only further cements its potential, and make no mistake—the impact of this news is not limited to tech industries, but can, and will, make waves in the marketing sector too. Read on to find out just how. 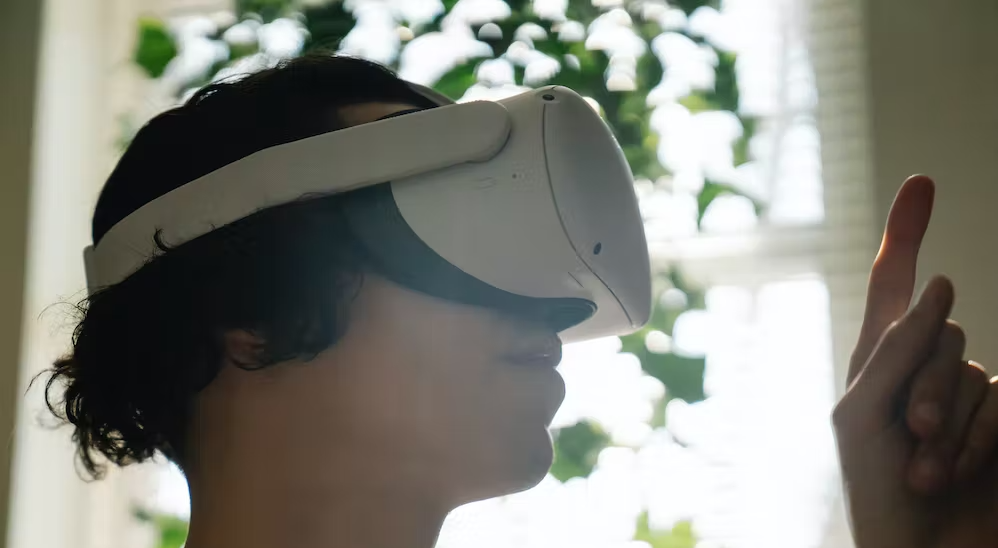 It’s exceedingly clear by now: virtual reality (VR) and augmented reality (AR) are no gimmicks. The earlier, clunkier renditions of the VR headsets and glitchy simulations just five years ago have evolved to the more streamlined, advanced technology we see breaking into various industries today. The hype around the recent Facebook Metaverse announcement only further cements its potential, and make no mistake—the impact of this news is not limited to tech industries, but can, and will, make waves in the marketing sector too. Read on to find out just how.

But first, what is VR/AR?

Both VR and AR refer to virtual technologies, and tend to be thrown around pretty often—sometimes mistakenly interchangeably. Although they do share this commonality, they actually refer to very different concepts.

For the uninitiated, VR involves full immersion into a digital realm. It is a virtual simulation that makes use of gadgets like headsets or glasses to completely take over a user’s field of vision, making them feel as though they’re really in whatever virtual environment is set.

While VR replaces a user’s reality, AR adds to it. Think Pokemon Go and Instagram filters—they overlay digital, visual, auditory, and other sensory digital elements over the existing physical realm. Rather than immersing a user into a different virtual universe, AR is an enhancement of our current one.

The coming of VR/AR

If you can’t take our word for it, we’ll let the numbers speak for themselves. According to Statista, the AR/VR industry is currently valued at 30.7 billion US dollars and expected to hit close to an insane 300 billion US dollars by 2024. Given that AR and VR technologies have paved the way for new techniques and products across a number of industries in recent years, these numbers may not be all that surprising. Some of these industries include education, healthcare, and even in construction—these technologies have helped to streamline processes and increase efficiency and productivity, especially during the waves of the pandemic.

It is understandable then that marketing is no different, and advertisers should anticipate getting ahead of the pack (or at the very least adapt) when it comes to incorporating new technologies like AR and VR into their strategies.

Infusing VR/AR into a brand

As fancy as it sounds, brands have long been incorporating AR and VR technologies into their marketing strategies. Take cosmetic brand Kylie Cosmetics, for example. In 2018, the brand released Kylie’s AR lipstick filter on Instagram, which enables users to virtually try out the brand’s most popular lipstick shades on the app.

It was a huge success on multiple fronts. The trending filter not only gave the brand more visibility on social media, but served the very practical purpose of demonstrating the appearance of the brand’s products on potential customers, letting them decide which would suit them best. The filter signalled a new trend: a wave of new fashion applications like The Fabricant and DressX emerged soon after, using the same virtual try-on technique.

Infusing a brand into VR/AR

It’s not the end of the world if you aren’t too tech-savvy, either. Virtual reality isn’t just a technique, but could soon become a whole platform within itself. As trends come and go, trendjacking stays forever—remember the AR game Pokemon Go? When the craze first cropped up in 2016, brands capitalised quickly. F&B establishments announced discounts revolving around achievements made in-game.

Collaborations between the game and other companies also popped up, including a Gucci x The North Face collection debuting on Pokemon Go just earlier this year. Players could don their avatars in the designer garb on the app.

Here’s the real gamechanger, though: brands could market using the AR game app itself.

If you need a refresher, this is how the game works. Pokemon appear through an AR filter through players’ phones as they move around in real life, and the goal is, well, to catch ‘em all. The aim of the game is to ironically encourage players to explore the existing world around them anew.

In come “lures”. These cause more Pokemon to spawn in areas they are activated in, luring players in tow. They’re essentially advertisements businesses can buy to attract more players into the area, and if all goes well, they become customers.

This is just the beginning when it comes to AR/VR technologies and ad space. With more AR and VR spaces emerging (the Metaverse, for example), this could mean more platforms for broader audience reach in the future. The potential for this is limitless, from virtual billboards to events online.

What AR/VR could bring to marketing

Not convinced? Here’s why AR and VR could bring brands an edge.

Just as videos became a must-have for brands, AR and VR could soon become a staple because of its enhanced ability to engage audiences. Videos are more visually appealing than photos, sure, but AR and VR now enable the audience to interact with brand content on a whole new level. This leads to more compelling collaterals to win customers over with, aiding storytelling and providing a more comprehensive, immersive experience to audiences be it advertising or events.

A Zappar report in 2018 found that brand awareness can increase by as much as 70% with the use of AR. With enhanced storytelling and a broader reach with mobile marketing across a plethora of platforms, audiences are targeted more effectively which spells good news for conversion for your brand.

Don’t wake up to find that the industry has moved on without you. Here at Big 3 Media, we're a Singapore video production company that offers a suite of services to market your business during these challenging times: