Facebook Meta and the Potential Future of Virtual Reality

In case you haven’t heard, Facebook is now known as Meta Platforms Inc., or Meta for short. It’s a move some speculate is meant to distract from their massive whistleblower scandal that unfolded only a few days prior—and whether the name will catch on is highly questionable. Beyond the rebrand though, what Mark Zuckerberg unveiled during this conference late last month is a tall order many are waiting to see if it’ll be fulfilled. 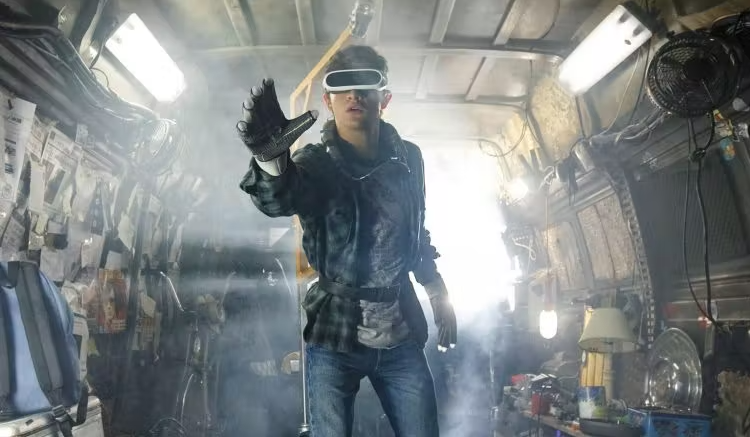 In case you haven’t heard, Facebook is now known as Meta Platforms Inc., or Meta for short. It’s a move some speculate is meant to distract from their massive whistleblower scandal that unfolded only a few days prior—and whether the name will catch on is highly questionable. Beyond the rebrand though, what Mark Zuckerberg unveiled during this conference late last month is a tall order many are waiting to see if it’ll be fulfilled.

Making sense of the Metaverse

Facebook (now Meta) has all this time been associated with the social media platform of the same name. This announcement marks the company stepping away from that and rather, towards developing a “metaverse”. As funky as it sounds, the concept of it isn’t entirely new. It promises a virtual world much like many have seen from the likes of Black Mirror or Ready Player One, where people participate not as an observer looking at a screen, but rather, as characters actually embedded into the world itself. However, beyond fun and games, what Facebook envisions goes beyond the realm of mere entertainment, instead seeping into every function of everyday life. If successful, this proposed Metaverse would irreversibly change the way we live our lives. Sounds a tad dramatic? Read on to see what exactly would be different if or when this concept is realised, which, according to Meta, could be as soon as by the end of this decade.

The global pandemic saw family gatherings held over Google Meet and Zoom office meetings becoming the norm. These video conferencing tools, on top of texting and phone calls, mean that anyone can communicate with whoever they want to, wherever they may be. The Metaverse takes this level of connection even further—people can meet in this virtual world essentially face to face, regardless of how far apart their physical selves may be.

This has major implications on so many facets of our lives. Professionally, where some companies have already incorporated more remote working options beyond the pandemic because of its efficiency, it’s not out of the question for this to happen with the Metaverse as well. Think meetings, conferences, and even working virtual offices in this virtual realm rather than taking that dreaded daily hour long commute to work.

The 9 to 5 grind aside, this makes it so much easier to catch up with loved ones far away—technically, the idea of long-distance relationships may even cease to exist.

Would you pay real money to book or purchase a virtual room? It may sound absurd, but the surge of cryptocurrency and non-fungible tokens (NFTs) prove that virtual assets may be the new wave. With blockchain-based virtual environments like Decentraland, Cryptovoxels, and The Sandbox raking in millions of dollars (a patch of virtual land in Decentraland sold for more than $900,000 earlier this June), the Metaverse may be the catalyst to make virtual asset buying the norm.

If you think we as a society have gone a little heavy-handed with ads right now, you may not want to hear what’s coming next: The Metaverse, which is supposed to span both the digital and physical world, presents yet another medium filled with unbounded potential for advertising. From virtual billboards to virtual stores, the advertising world may see more evolution and redefinition of what brand experiences may look like. It’s a massive challenge and opportunity for firms to engage and excite consumers of tomorrow.

Perhaps the most obvious of all would be the transformation of gaming as an industry with the introduction of the Metaverse. It might be the easiest to imagine—gaming platform Roblox could be a prelude of what is to come. This platform enables players to enter different gaming worlds such as a replicated Squid Game or Hunger Games, through a singular avatar. More enhanced, immersive versions of this is exactly what gamers can soon expect. Especially in a moment in time where VR gameplay is often experienced individually, the possibilities are endless with the multiplayer gameplay the Metaverse will bring.

More ads, more games, and more communication would ultimately lead to more content creation. We reckon the demand for video production, and specifically, VR production is about to skyrocket these few years big time leading up to the introduction of the Metaverse, and stay consistently so beyond. Where videos have become incorporated into the marketing strategy of every brand in recent years, VR production is expected to go mainstream in the exact same way. You’d probably want to work with the top VR company in Singapore to make sure your content holds up against the competition.

Stepping into the Metaverse

The Metaverse may not be here just yet, but it appears that VR headsets will be the gateway into this realm. Facebook already acquired the company behind the well-known Oculus VR headgear in 2014 and developed Horizon Workrooms, a meeting software for companies to complement it. It’s nowhere near the real deal promised by Zuckerberg, but is perhaps an early taste of what may be to come, where users can travel between the different virtual worlds created by different companies on the software through their avatars.

With the dawn of the Metaverse approaching, you may want to be prepared for a world where VR headsets become part of everyday technology, much like how smartphones, tablets, and laptops have wiggled their way into everyone’s lives—effectively taking the place of older tech and standalone devices like desktops, calculators, and perhaps even cameras.

Look before you leap

The Metaverse is exciting uncharted waters for sure, but if you’ve got an ominous inkling about it—you’re not alone. Current hot button topics like data privacy and misinformation grow increasingly urgent to address with the onset of the Metaverse, and anyone aware of Meta (or rather, Facebook)’s string of scandals would be understandably concerned about their personal data in the hands of this tech giant. The dystopian, Black Mirror-esque unspoken questions of “Have we gone too far?”, and “Who controls the Metaverse?” almost shrouds the announcement of the Metaverse.

Some have also drawn parallels to the lifestyles of Wall-E, questioning if the human race has finally fallen into the cult of convenience—unable or unwilling to engage in the very human trait of hard work and preservation of sheer human civilization.

Still, it’s ultimately up to you to decide: is the Metaverse the dawn of a new age or the looming end of us all?