An Inside Look into the World of VR Marketing

Curious to discover more about the wonders of this cutting-edge tech? Here are some industries which have mastered the art of the virtual world. 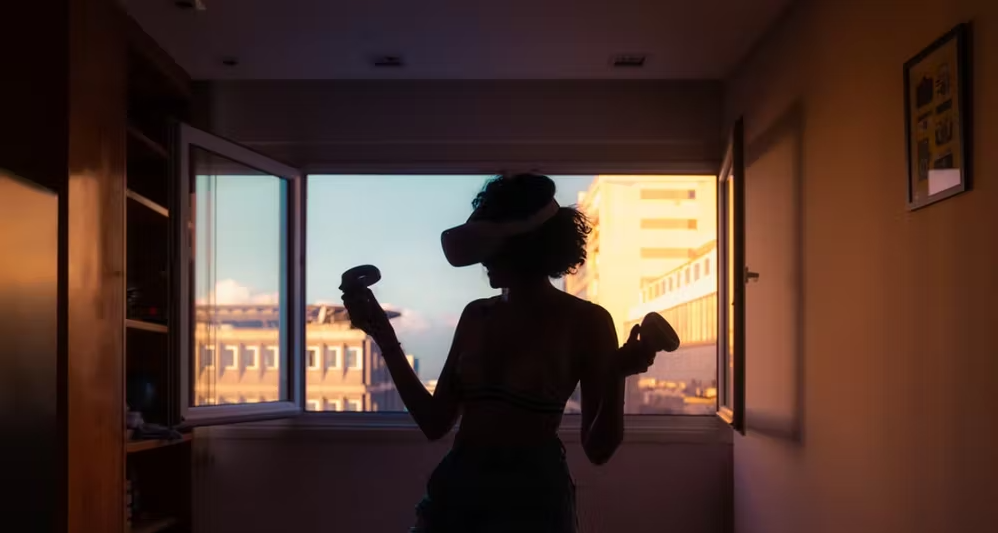 In a world where magic does not exist, humans have found a way to create their own method of modifying reality. None of us are strangers to virtual reality (more colloquially known as VR). It refers to technology that creates the illusion of physical presence within a virtual environment which, when experienced firsthand, is just as fascinating as it sounds. So while wand-waving and spell-chanting remain unfortunately ensconced in the fictional realm, entering the VR universe is the next best thing. Multi-sensory elements and haptic technology allow users to interact with infinite realistic or stylised environments without even leaving the room! Marketers, in particular, have eagerly latched onto its powers, with many at the forefront of innovative new VR uses. Curious to discover more about the wonders of this cutting-edge tech? Here are some industries which have mastered the art of the virtual world.

Space takes on a whole new meaning in VR. We now have the ability to encode, transport, and recreate our physical environment, a feat that has revolutionised the sphere of interior design. One of the best VR innovators is none other than everyone’s default home-building resource, IKEA. No longer do homeowners need to manually record dimensions, nor do the less imaginative need to struggle with visualising potential new furniture, for IKEA’s VR application lets you play god over your home space. Swapping bulky measuring tools for your trusty smartphone, you can take your time picking and arranging objects around your home to preview the final result!

In a bid to refresh their branding, Volvo’s XC90 Test Drive initiative gave customers the chance to take a virtual test drive rather than facing the hassle of visiting dealerships in person. Coming in the form of Google Cardboard or a downloadable smartphone app, the test drive situates you in a first-person point of view, enabling you to check out the rest of the car’s interior while you lounge in the driver's seat. Speeding along a breathtakingly scenic route, the graphics effectively sealed Volvo’s name to adventure and wanderlust.

You won’t be blamed for being too skeptical about this one. After all, technology has only often been hailed for enhancing visual and audio experiences. Taste and smell, however? Perhaps not so much. But while perfecting smell-o-vision may still be a ways ahead in the future, VR has offered a more than suitable alternative to experiencing food without actually consuming any. Cheese production company Boursim has come up with a unique way of making dieting fun. Sounds dubious? Check this out: Boursim’s The Sensorium campaign presents an immersive tour through your average household refrigerator. But that’s not all. Every product that comes into frame is immediately picked up by the system, which pulls up the particular target’s flavour notes, recipe variations, and suitable food pairings.

The Royal Caribbean's futuristic cruise features just one of the many possibilities that VR opens up for tourism. Onboard the transformed cruise ship, vacationers checked in via facial recognition and sat down to eat with a VR headset. With their eyes enclosed within the device, users embarked on an exhilarating culinary journey, getting transported to a different location with every bite. Expecting to bask in the luxury of a state-of-the-art vessel, patrons were treated to an even more thrilling trip across fictional dimensions.

UK travel agency Thomas Cook also tried their hand at VR marketing a couple years back. The “Try Before You Fly” experience allowed clients to get a visceral taste of particular trips before locking in their decision to fly. Though the campaign wasn’t a booming success, it certainly signals a universal shift towards VR-based tourism.

A silver lining of the COVID-19 restrictions was the rise in novel ways of experiencing the outdoors. Although nothing may ever truly replace the rejuvenating sensations of inhaling that first breath of fresh air or the dampness of morning dew on our socks, sporting, and outdoor brands have begun to toy with viable alternatives. Hiking shoe company Merrell introduced an Oculus Rift-based experience called TrailScape as a way to promote their newest product drop. Essentially putting Wii Sports to shame, this 4-D set-up was a multisensory delight, quickening heart rates with realistic tactile elements of dangerous rockslides and unpredictable surfaces.

Of course, our exploration of VR tech wouldn’t be complete without the mention of film and video games, and The Martian VR Experience neatly marries both. Back when the blockbuster was just released, PlayStation was quick to announce its new PS4 game that expanded upon the film’s universe—a mutually beneficial concept that sent both movie tickets and Steam sales skyrocketing. Fans who still hungered for the mind-blowing sci-fi reality of The Martian were able to step into the shoes of Matt Damon’s character and explore Mars in first-person. Needless to say, we can expect VR to play a growing role in the movie industry. For all we know, a studio somewhere in Hollywood could be working on a full-length VR blockbuster right this very moment!