Was the CGI in Dr Strange in the Multiverse of Madness a hit or miss? 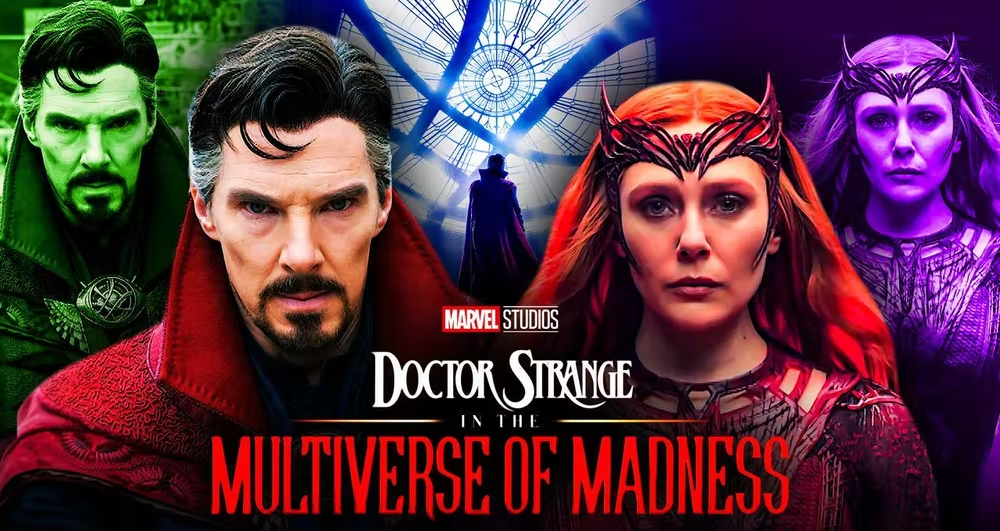 Was the CGI in Dr Strange in the Multiverse of Madness a hit or miss? After a year-long delay, the movie was a highly anticipated one. It’s the MCU’s second development of the multiverse and stars fan-favourites — Dr. Strange (Benedict Cumberbatch) and Wanda Maximoff (Elizabeth Olsen).

With this foray into the multiverse, the MCU needs to be very strategic in dealing with new narratives. Not to worry, for their planning prowess is shown in their MCU marketing strategies.

The movie picks up after Spiderman: No Way Home (Who’s Peter Parker?). It follows Dr. Strange as he tries to protect America Chavez, a girl with multiverse-travelling abilities. America Chavez is on the run from Scarlet Witch, who wants to capture and kill her for her abilities, setting up Wanda Maximoff as the main antagonist. The events in Dr. Strange 2 also happen right after WandaVision, which ended on a tragic note and was a catalyst for Wanda’s vicious quest in Dr. Strange 2.

The MCU is no stranger to CGI and previously, we’ve also explored the use of CGI in Spiderman: Homecoming.

Directed by Sam Raimi, famously known for his Spider-Man trilogy, fans were curious to see what the director would add to the MCU. It’s unsurprising that Dr Strange 2 would be infused with his unique dosage of horror and gore. This would only be enhanced by computer-generated imagery (CGI). Since the movie is set in the multiverse, CGI plays a crucial role in immersing the audience and making the multiverse believable.

So honestly, was the CGI in Dr Strange 2 a hit or miss? Here’s what we think!

Say what you want but this was a definite hit! Thanks to America Chavez, there were multiple scenes where characters were dropped into different universes. However, this was the most densely packed multiverse-travelling sequence. Here, America Chavez opens a portal that pulls her and Dr Strange into a series of strange worlds.

Within one minute, we were introduced to an array of alternate universes, each only appearing for a few seconds before sucking you into the next. Despite its speed, the CGI here is intricate and air-tight. Even though each universe only appears for a fraction of time, the detailed CGI shows you a general gist of how each universe functions with their unique rules and dimensions.

The intricate CGI in this sequence also gave room for later references to it in the movie. Since viewers could properly visualise the different universes, references and jokes about them land a lot stronger.

Each time you rewatch the sequence, you are bound to be rewarded with a new detail. It was trippy, psychedelic, and extremely fun to watch. Let’s just say the CGI used here wasn’t a visual treat — it was a full course meal!

Sadly, we do not see Dr. Strange fight with song and rhyme even though that would also have been an epic watch. The scene we’re referring to happens when Dr. Strange needs to fight off his evil variant in a destroyed universe (which we’ll talk about later!).

The two have a face-off with musical runes and boy, this battle beats any symphony. Easily one of the most unique battles in the MCU, the CGI here is mostly used on the assortment of spells that the two counterparts cast at each other.

Again, this sequence is packed with details. Gentle musical notes morph into sharp shards that cut through metal. Musical strings act as a shield. A lonely note plucked from a harp determines how the battle ends.

What would a musical sequence be without music? The sound engineers seamlessly lined up the sounds with the visual effects, making the fight feel more realistic as well as adding a flair of whimsy. After all, you’re watching two sorcerers fight with musical runes. Besides creating a compelling sequence, the sound also transitions audiences into another fight sequence right after this scene, adding to the narrative.

Most people wouldn’t associate music with an epic showdown in a superhero movie. This interesting choice has paid off well and the CGI makes it a very visually interesting watch.

In a desperate attempt, America Chavez accidentally transports Dr Strange and Christine Palmer, his love interest (it’s complicated), into a destroyed universe. In Christine’s words, this is a reality that collapsed in on itself. There were plenty of horrifying scenes in the movie but this was equally unsettling without needing violence or gore.

The CGI dials the creepiness up a notch by showing a visible warp in this universe. The atmosphere is weirdly bent, clouds of debris and buildings float in the abnormal gravitational pull. All signs of civilization are there but not a single soul is in sight. Except for Dr. Strange’s evil variant, of course. The cold, grey colour grading also gives this universe a desolate feel.

This scene demonstrates how important CGI is for world-building and through the eeriness conveyed, the CGI establishes the sheer destruction an incursion could wreak on a universe. This sets up the threat of future incursions that could potentially destroy the MCU. Good CGI shouldn’t just be visually pleasing, it should also enhance the storytelling and that’s exactly what it did in this scene.

A one-eyed tentacled monster sent to capture America Chavez, this creature was terrifying to behold. However, some critics found its CGI more terrifying. The lighting in some shots were mismatched. If you have a keen eye, you would also see the same man in a black suit and briefcase running away from the monster repeatedly.

To give the CGI here some credit, the mismatched lighting was not too jarring. The man running in a loop was probably a practical effects error rather than CGI.

Overall, the CGI was problematic but it’s not cartoonishly bad. This is probably a testimony to the CGI used in the MCU as viewers clearly hold it to a higher standard than most.

This particular CGI caused the most uproar amongst viewers. The third eye is a sign of Dr Strange’s corruption and its presence sparked strong debates amongst viewers. For both its meaning to the plot and CGI.

The quality of the eye’s CGI differed in various shots. In some, it was passable but in others, it was deemed to be laughably bad. On Twitter, viewers thought the eye looked fake and was not realistic enough.

Some said that it was giving “annoying orange” energy. Take that how you will.

We thought it was pretty hilarious.

The dedication that CGI and VFX artists pour into their work is astounding. Despite some mistakes made along the way, the CGI in Dr Strange 2 is still pretty impressive! At Big 3 Media, we value production quality. As a film & video production company, we understand the value of creating an immersive content. With the suite of services we offer, we’ve got you covered for your content creation needs!

If you’re interested, drop us an email or message and find out how Big 3 Media can help you!