This immersive experience is fuelled by their strategic marketing tactics — a marvel of its own. Here’s what they did. 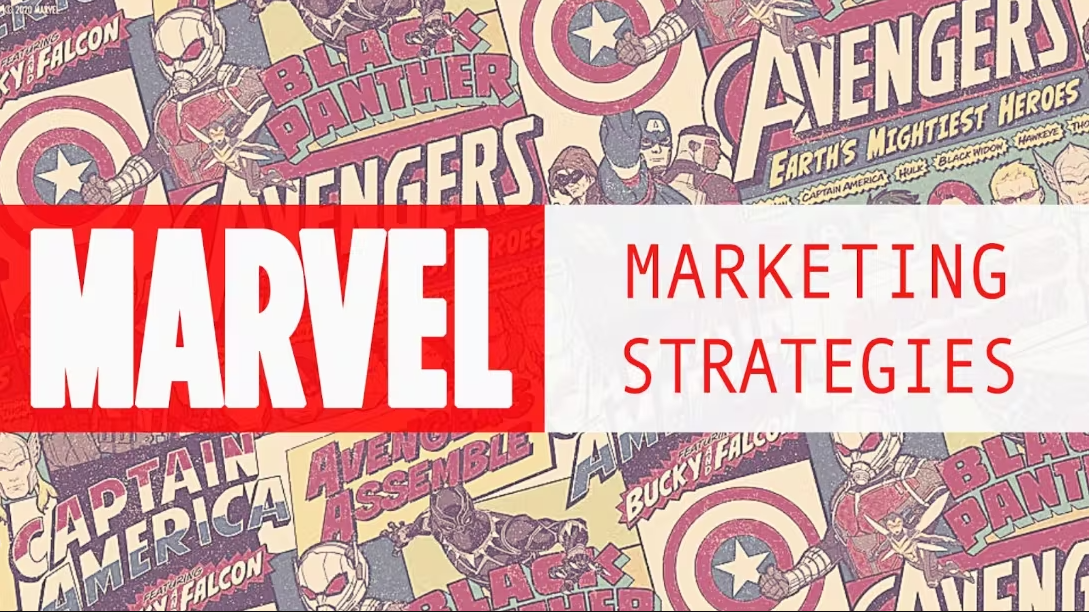 The Marvel Cinematic Universe (MCU) has long cemented itself as one of the world’s biggest film franchises. Home to Earth’s mightiest heroes, the MCU contains beloved superheroes like The Avengers and Spiderman.

With 28 movies, the MCU is an extensive watch. However, it still manages to be consistently popular, regularly drawing in millions in revenue for each movie. In fact, the MCU has earned over $22.5 billion at the global box office.

It’s not hard to see why the MCU still remains a fan favourite. Its impressive CGI will always be a treat to watch and this was best shown in the CGI used in Spiderman: Homecoming. With its interconnected storytelling, the MCU transports you to another universe. This immersive experience is fuelled by their strategic marketing tactics — a marvel of its own. Here’s what they did.

Using the MCU as their overall narrative

As its name suggests, the MCU contains all their overlapping narratives within a shared universe. Each movie has its role to play in the overarching narrative and they all contribute to a bigger picture.

However, this doesn’t mean that audiences need to watch every single movie to understand the story. Casual moviegoers will still be able to watch most marvel movies as standalone films. But, the franchise strongly encourages you to watch the earlier movies for the best viewing experience. With multiple references and ongoing gags spanning several movies, the franchise compels fans to understand the connections between different films.

By developing content geared towards the larger picture, Marvel Studios was able to create self-contained stories that enhanced the overarching narrative. This has the added benefit of ensuring their movies aren’t competing with each other. Each movie plays its own unique role within the cinematic universe and each provides a different viewing experience.

Planning the MCU in phases

A well-crafted plan deserves to be followed through meticulously and that’s exactly what Marvel Studios did. Their movie rollouts were split into three phases that took a decade to build. Planning their projects according to different phases allowed them to have a well-defined timeline and a clear overarching view.

A brief summary of the different phases:

The scheduled rollouts also built great anticipation amongst fans as they are privy to glimpses of upcoming content. It’s a great way to generate hype as fans discuss theories and speculations about future projects.

Planning in phases also enables your team to track their progress and determine the performance of different content. With clear directions, marketers can adjust their content accordingly and tweak their strategies in advance.

The Marvel, Disney and Disney+ ecosystem host a large social media following, with 336 million across Facebook, Twitter, Instagram and YouTube. It’s no wonder that Marvel would also release its promotional materials across these platforms.

Whilst promoting WandaVision, the trailers and behind-the-scenes (BTS) interviews were posted across the ecosystem’s various YouTube channels and it raked in over 119 million views. Beyond that, there were also timely updates to generate momentum for the show. Posters spanning different decades were posted online daily from December 4-9 to tease the show’s second trailer. Their timeliness paid off because when the trailer dropped on December 10, it generated about 9 million views.

To ramp up online engagement, Marvel teamed up with online content creators and influencers. They sent custom WandaVision TV-dinner boxes to various influencers so they could promote the show on their own channels and generate more awareness.

Marvel’s robust social media strategy was a key ingredient to their success. Although they have dedicated fans, their content may not have reached mainstream audiences without their fierce social media campaigns.

Behind Marvel’s success was a team producing content that resonated with audiences. There were more efforts in inclusivity with the debut of Eternals, which featured the MCU’s first deaf superhero played by a deaf actor. With Valkyrie being the MCU’s first confirmed LGBTQ+ character, it’s clear that the studio is attempting to show more representation.

To deliver value, marketers need to have a clear understanding of what consumers want. By creating user-generated content to promote more fan discussions, Marvel was able to tap on active audience engagement to decipher what their fans wanted.

When Captain America: Civil War was first released in 2016, the fanbase was split between Iron Man and Captain America as the movie’s main conflict was centred on the two superheroes. Marvel stoked the debate by asking fans on Twitter whose side they supported. The hashtags #TeamCap and #TeamIronMan went viral and generated even more engagement. The heated online discourse also allowed Marvel to gauge how well the movie was received by fans.

By understanding what consumers want, you can create content that truly resonates with them. Being active on social media and creating channels for communication lets you engage with your audience. It also helps you create targeted content by identifying issues relevant to them.

How your brand can use these MCU marketing strategies

Marvel’s success may be unique but it doesn’t mean that it can’t be emulated. Through their careful planning and universe-building strategy, they were able to achieve their marketing goals.

Planning ahead helps you position your company and envision long-term projects for sustainable growth. Instead of using a product-driven approach in your marketing plan, a universe-building strategy helps you market your products to fit an overarching narrative. Like Marvel, think of your products as individual projects that play a unique role yet they all seek to build upon the same brand narrative. This will strengthen your brand image and ensure that your products won’t cannibalise each other.

Marvel also used active social media engagement to promote their projects. By reaching out to other content creators, Marvel created more brand awareness. Similarly, teaming up your content with other creators can help generate more awareness about your brand. Here at Big 3 Media, we are a Film & Video Production company that specialises in marketing for all brands. We offer a suite of services to help answer your marketing needs.

If you are interested in content marketing for your business, drop us an email or message to find out how we can help you!