Why Scriptwriting Is A Major Part Of Video Production: An Interview With Kenneth Hu (Head Writer/Creative Lead @ Big 3 Media)

The importance of scriptwriting in video production goes beyond just dialogue or text that the characters read out. 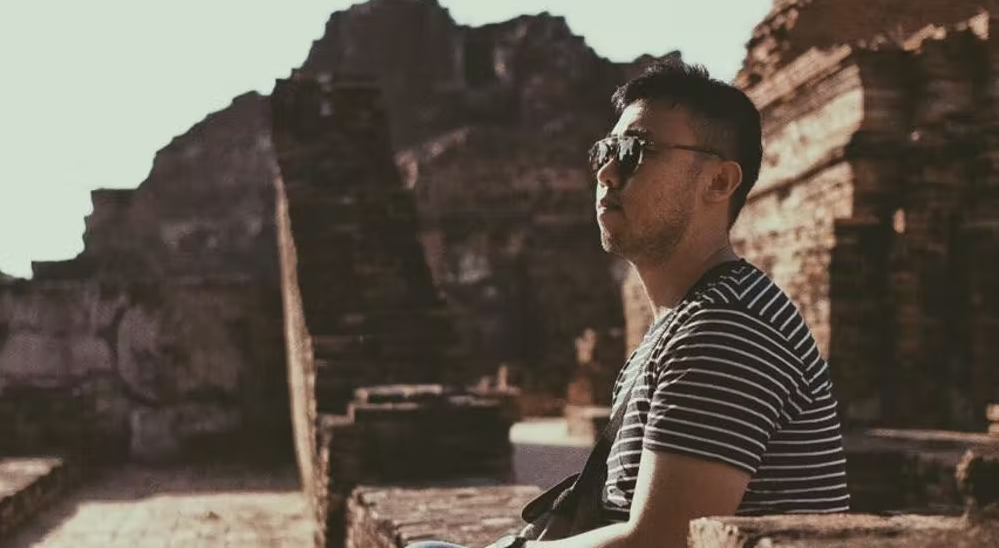 The importance of scriptwriting in video production goes beyond just dialogue or text that the characters read out.

But why does scriptwriting play such an important role in video production? We sat down with Kenneth, the head writer/creative lead at Big 3 Media to find out more about the process of scriptwriting, the challenges he’s faced over the years and some high points in his career.

Ming: Could you share with us how you started out in the film industry and working in Big 3 Media?

Kenneth: I was a fresh graduate from Chapman University in 2011 and got my first job as a graphic designer in a creative boutique. After a year, I quit and started doing freelance video jobs for around 4-5 years. Joining Big 3 was a chance encounter for me and I was initially hired as a scriptwriter. Over the years, I took on more responsibilities too.

Ming: How would you explain what scriptwriting is to a client who’s new to video production?

Kenneth: I would like to think of it as “to make good music, you first need to have the notes”, like how a good script is the foundation of a great video. Without it, you would not be clear on the story you want to tell, who should the video relate to, and these are major points of scriptwriting.

Before the writing starts, the process of scriptwriting begins with thinking, planning and immersing myself into the subject matter. Primarily, as writers, it is important to understand the client’s needs, objectives, and help them articulate their idea within the duration of the video. We need to also be empathetic storytellers that help clients relate the message to their target audience.

Ming: What’s the difference between script writing and screenplay?

Kenneth: The main difference would be the use and purpose of the script. Screenplays are usually text-based with descriptions of scenes, whereas a script is a combination of screenplay plus images and can take multiple formats.

In Big 3 Media, we use what’s called an AV or Audiovisual Script. It is more of a visual version of a script, with one column with visuals and screenshots, the other with text like the voice-over (VO) and dialogues. Like a storyboard, this helps clients understand and picture in their head how the video would turn out as compared to a screenplay, which can get boring due to the heavy amount of text.

Ming: Why is scriptwriting important to the video production process?

Kenneth: It’s important because it gives everyone involved in the project a clear chain of thought. Having a script also allows everyone to contribute to the discussion.

From a logical standpoint, it gives our team a good plan to build upon (e.g number of talents, location to shoot). Thus, during the scripting stage, we prepare everyone including the client to forecast all the different possibilities that may arise during the production of the videos and reduce outages.

Typically, we usually use the 3-draft method for our scripts. The first draft is the initial draft with all the ideas, followed by the second and third drafts that we sharpen further. By the third draft, we would do a script lock with minimal to no further changes to the script.

Ming: What are some key pointers that must be included in the script?

Kenneth: Before the script, we have a creative brief that contains a lot of information such as the objectives and requirements from the clients. It is a sacred document that is used as a reference for us and the clients to align expectations before kick starting the project.

We will then have a workshop with the client to find out more about the product’s unique selling point (USP) and the key messaging which would be used as a guideline. From there, we would get into the scripting process where the writers would weave these points into the script organically or a manner that best serves the purpose of the video, and whether we are taking a hard sell or soft sell approach.

Ming: Could you explain your process for scriptwriting?

Kenneth: Having good templates and guidelines from existing works are a good place to start, but at the end of the day the key is the collaborative process with the client at the beginning. It is through this process that we are able to understand the true needs of the client and figure out what best suits their needs.

If you are talking about narrative writing, there is a saying that every good story or movie is made out of 10 iconic scenes. For screenplays, I like to think ahead about what my 10 scenes are going to be.

So when I write the scenes, I usually start from the climatic moment first, followed by the ending and beginning, and then iteration by looking at everything as a whole. We would usually have a vomit draft for dialogue, in which we just write a bunch of different dialogue and thoughts for the characters, before it gets refined.

Kenneth: The writing would mainly be done by the writers but the entire process of writing involves the director, producers, sometimes even the clients if they are more hands-on.

Ming: How long does scriptwriting take for commercial, corporate and long-form videos respectively?

Kenneth: Long-form videos are usually a series, 8 to 10 episodes and it would definitely take the longest, anything from weeks to months. For such videos, we usually have a series bible that is prepared before the writing starts. It contains details about the world and the characters in it and helps ensure consistency throughout the series.

Commercial and corporate videos usually take weeks, from discussions with the client to the script lock. Client reviews and approvals would also play a big role in shaping the timeline of the project.

I prioritise in having a solid first draft. A good first draft is dependent on a solid brief and discussion at the beginning, followed by an average of 2 rounds of revisions.

With a solid first draft, revisions should be minor or seen as the icing on the cake. If major changes have to be made at the third draft, it is usually due to multiple reasons (e.g. client realises they need something else, clearance issues). We try to make the whole process smooth for both sides, and that involves a lot of problem-solving that goes beyond scripting itself.

Ming: Is there a script you worked on that you’re particularly proud of working on?

Kenneth: The Cutting Edge, which is now showing on meWATCH. The process started last July, when we were in the midst of the lockdown. In the first two months, we had meetings online for about 5 to 6 hours every day to furnish the series bible and held countless discussions. It was challenging because I was used to having face to face discussions where I could immediately sense the response and energy from the team.

With 4-5 writers from different age groups working together, I enjoyed the whole process as we got to share different ideas and perspectives. When we are working as a team, we are bound to face rejections on some of our ideas. But I believe everyone deserves to be listened to, and instead of giving a straight “no” to an idea, it’s always better to give constructive criticism. Because at the end of the day, our main goal is to serve the story and  produce the best script we can.

If we’re talking about TVCs, then it would be the video we produced for SnapAsk. This project left a deep impression on me because we were empowered with more trust and creative control, and that resulted in us making a choice to utilize reverse poetry in the voice-over (VO), where the meaning changes when you invert the lines.

The purpose of the video is to market SnapAsk, a subscription-based platform that allows users to send in any questions related to academic studies, and the platform will connect you to a tutor. We wanted to zoom in on parental sentiments and emotions, and not just sell the features, by moulding the key takeaway from this video to remind ourselves that it’s okay to ask questions.

Ming: Would you mind telling me about a movie in which you liked the script?

Kenneth: It’s undeniably Lord of the Rings. I rewatch it almost once every year until I can remember the lines. This was the movie that inspired me to go into writing and filmmaking.

One fun fact about this movie, from what I know, it almost did not make it on screen because people felt it did not have commercial potential. The director of the movie, Peter Jackson, gathered resources to create storyboards and even shot some scenes out of his own pocket to convince producers that he has tremendous belief that he will make it good.

Ming: Last question before we conclude the interview, do you get writer’s block and how do you cope with it?

Kenneth: Different people might have different takes on this but I do get writer’s block. But Kane (head writer) once told me that a writer’s block is your brain telling you that you’re tired. He believes writing is about discipline, regardless of the content, and to always set a target for oneself (e.g. 500 words per day). This made me see writer’s block differently.

For me when I hit that block, I will take my mind out of it and take a break. Whether it is going out or talking to people, you’ll never know when inspiration can strike.