He wants to continue expanding the business to the Asia-Pacific region and to develop Big 3 Group into a powerful media group, with “Disney of Asia” as his vision. 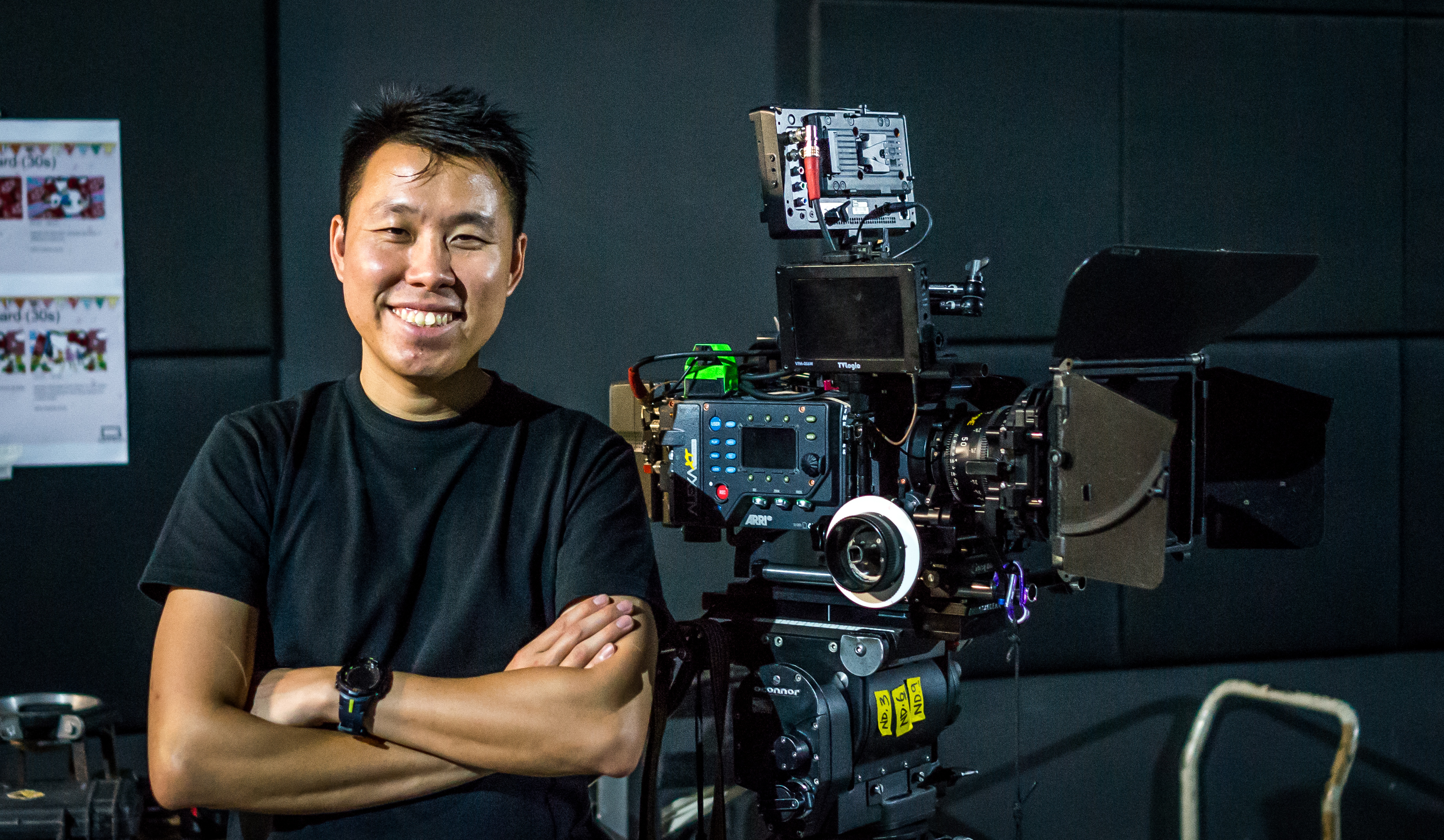 Below is a translation of Willie’s feature on Lianhe Wanbao. For the original article, please click here.

From being a university graduate that no one wanted to hire, to becoming the boss of a media company that generates a revenue of more than $10 million today, Willie Lee’s life over the past decade has been dramatic, to say the least.

Willie Lee (35), never thought that he would start a business at such a young age. He studied Business Management at the Singapore Institute of Management and originally wanted to be a banker. However, due to the global financial crisis in 2008, he was unable to find a job when he graduated that year.

Willie remained resilient in the face of adversity and with his indomitable spirit, he eventually succeeded.

“When I was in university, I worked part-time as a Sound Engineer for pocket money,” he recalls. “No one wanted to hire me after I graduated, so I decided to turn my part-time job into a full-time one.”

In the same year, he registered a production company with only $60 and started the business by recording songs for clients.

He was astute to observe that with the rapid rise of social media, many traditional media production companies failed to keep up and were thus left behind. He turned this so-called “crisis” into a “business opportunity”, and guided the company to success by creating a niche in producing digital videos.

For example, he chose to use modern technology for recording instead of the traditional recording tapes that were more common back then. He also used social media to form a creative advertising campaign for his clients.

After his business got off the ground, Mr Lee began venturing abroad and set up studios in China, Malaysia and India. After 11 years of hard work, the once unknown company has grown into a sizeable media group.

Today, his company has offices in Kuala Lumpur, Xi’an and Mumbai, employing more than 200 staff with a revenue of more than $10 million.

At present, the group has a total of 11 wholly-owned, joint venture subsidiaries and affiliated companies. From conception and writing to shooting and post-production, the group provides a one-stop service for its clients.

He wants to continue expanding the business to the Asia-Pacific region and to develop Big 3 Group into a powerful media and entertainment group, with “Disney of Asia” as his vision.

Earning only $100 per month in the beginning

Starting a business does not always guarantee stable earnings and wins, and one is always bound to run into hardships, so Willie’s parents were not optimistic about the choice their son made.

Things were difficult, especially at the beginning. The working hours and income in the early stages of the business were not fixed, and Willie gave himself a tight budget of only $100 for his monthly living expenses. The rest of his income went into the operations of the company, and life was definitely no picnic for him back then.

Willie also admitted that his parents wanted him to find a stable job, because they were worried that he would not be able to settle down and start a family in time due to his career pursuits.

“For the first few years, I chose not to go home on weekdays. I slept on the couch in the music room, or spent my nights in the back of my van. I had five sets of clothes and a few pairs of shoes I kept in the car so that I could change every day.”

What happened next was perhaps a predestined arrangement. Willie liked playing basketball, and in 2011, he met a girl who also liked playing the sport at the basketball court. They fell in love, got married four years later, and are now proud parents of two sons.

“When we were dating, the company still wasn’t very stable, and I was afraid of being unable to balance my work and relationship. Luckily, she was very understanding and was always there for me.”

Willie is still learning new things every day and helping other young entrepreneurs at the same time.

Making money is important, but as someone with experience in the industry, Willie thinks he is obligated to give back to society.

For example, he met a member of the youth group “The Hidden Good” by chance a few years ago. After learning about the group’s vision, he decided to work with them without any hesitation.

Founded in 2014 by five passionate youths, this organisation is now a social enterprise that regularly produces weekly videos on social issues, which are dedicated to spreading positivity.

Whether it is to provide professional advice or resources, Willie is committed to helping the organisation out of his own will.

Here at Big 3 Media, we're a corporate video production company that offers a suite of services to market your business during these challenging times: