In Parasite, every shot has a distinct theme that it drives home – it manipulates us from the beginning to the end and leaves us anticipating for more always. 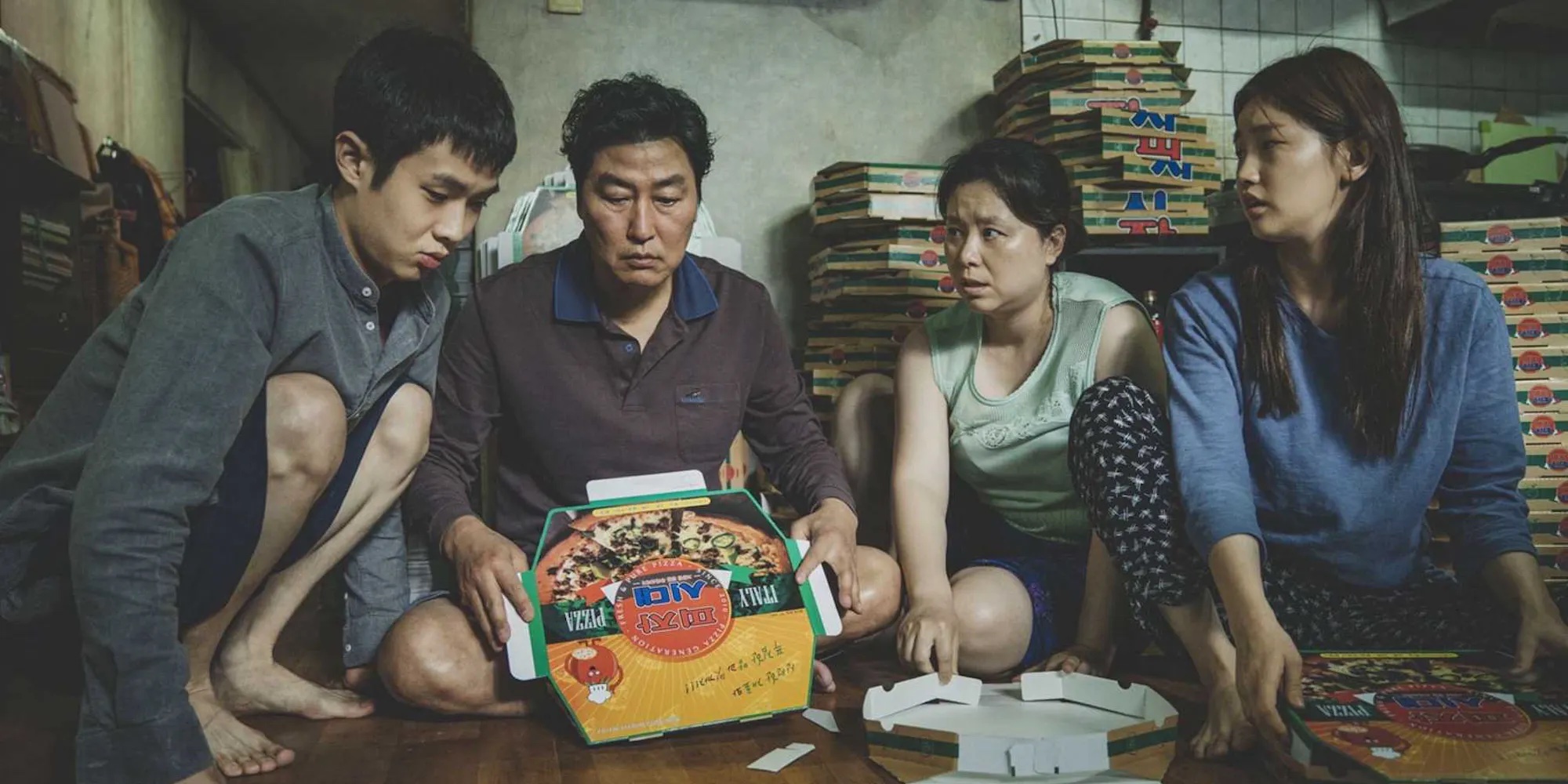 ‍Parasite has managed to break records, boundaries, and even brains all over the world. It has turned out to be a global sensation.

The movie earned this status due to the mastery in acting, editing, directing, writing, and even cinematography. That said? Cinematographers, aspiring filmmakers, and even businesses can learn a thing or two from this film.

So, how did the entire team from Parasite managed to come up with such an amazing Oscar film?

Let us show the five tips you can learn from them and apply them to your business! Succeed in creating the cinematography look and you can even combine it with 2D animation or CGI for a completely different look!

Lighting is an integral part of any successful film. Do it successfully and you’ll end up with a stunning look and video quality – go the opposite way and the film or video will be in shambles.

The view of settings and characters in the film was amazing due to the proper lighting used.

Both cinematographer Kyung-po Hong and director Bong Joon-ho set up the lighting based on both family’s backgrounds.

Most of the time, at the Park Home – filming was done in natural light as the large glass windows allowed the generous amount of sunlight to enter the luxurious home. In the interiors, they only made use of warm-toned lighting.

Even throughout the night, the house will be lit by opulent, fancy artificial lights, and the cycle repeats as the wealthy family basks in the luxury.

On the flip side, low-end lighting lamps, specifically greenish fluorescent and tungsten incandescent were installed in the Kim’s house. Even the windows didn’t allow much light to enter the house and street lamps right outside had a faint, reddish colour which created a soulless, deadening feeling.

Sure, that happens often, sadly. But in this film’s case, that’s exactly what Bong wanted to achieve – almost symmetrical shots.

No matter how much we try to rewatch the film over and over again – there just isn’t even one single symmetry shot. But, why?

Bong wanted to show how some things were certain – there was no way of coexistence, and it was just meant to be two separate entities from start till end; just like both families in Parasite.

There will never be a day where Park Dong-ik, the father of the wealthy household can stomach the ‘disturbing, pungent’ smell from Ki-taek. And despite all the deception and painstaking planning – the Kim family will never ever really be able to be part of the wealthy community.

The use of front-facing windows in almost all the homes in the film helped to mirror other homes.

What sets them apart from each other is that the window for the less well-off family is small, and the only view they get is a drunkard urinating right at their window daily.

As for the wealthy family, the window is much larger and wider, specifically stating that it is created in this CinemaScope ratio of 2.39.1 – so it feels as if they’re watching a film on a grand movie screen each time they look out at the window. Besides, the gorgeous patch of grass makes it relaxing to look at even on a rainy day.

Last but not least, the wealthy family lives on a hill, while Ki-taek’s family lives underground; clearly depicting the difference in status and class.

This helped to frame shots better and give viewers the exact appeal from the film.

Although simple and basic, filling the frame is an impressive approach used in Parasite.

As a viewer, it may be hard for you to spot these clever shots – however, take a closer look at certain scenes and you’ll soon notice.

Applying the claustrophobic nature of the Kim family throughout the film is how Bong goes on to do his amazing storytelling. Noticed how at the very start of the film when the entire family worked earnestly at their pizza box making job, they all came united and slowly started to surround the lady boss when she was taking a pay cut?

This showed their togetherness, how close they were and how they would always stick with each other through thick and thin.

On the other hand, the composition contrasts perfectly with the framing shots of the Park family who are usually framed separately – never unified.

Once again, dividing the rich and poor from one another – Bong uses this simple technique; dividing of the frame.

Using location, glasses, windows, background, and even furniture – the film manages to pull off their main objective throughout the course of the film.

From here, you can see how before the son of the Kim family, Ki-woo, makes his way to the well-to-do Park home – he has to squeeze out of the cramped alleyway until he is able to be in the natural open spaces filled with light in the ‘richer world’.

Similarly, there always seems to be a ‘line’ which neither side of the family crosses.

After Ki-woo meets up with Park Yeong-Kyo, the mother of the Park family, he chances upon a conversation between her and the housekeeper. There’s a clear line which separates the two, and as soon she realised that she has indeed ‘crossed the line’ – she immediately goes back to her original position before Yeong-Kyo catches her on the act.

This is yet another great example of ‘feeling’ the shot even though you cannot see it.

It’s amazing, right? The way Parasite managed to pull off the entire film – from the plot, acting up to the cinematography look. You too can do it with enough planning and proper help from the right firm with video services. Lay out your ideas, design or plan so the video production firm knows exactly what you’re looking for. Now, off you go to creating a masterpiece!